Born in a middle class neighborhood, Rukky, like other kids born there, had most of nature’s finest feel to themselves. Was it the orchard where they could pluck ripe fruits to eat? The mountains where they could go playing their hide and seek games or the streams just at the foot of the mountain that served as a pool for the kids? It was nature at its purest, as if a gift from God to the children, but, unlike the others, Rukky, from a very tender age was prevented from joining her peers in the escapades. Always on jackets. At a point, she never understood why.

Much smaller in frame than her peers, always falling ill and for as long as she could remember, she was always encouraged to take drugs, she didn’t even know what for. But one particular event gave her an idea who she was and why she was different. At the age of 6, she fell ill with swelling of the feet and hand, she was weak and jaundiced, she was tired and lightheaded. She inherited the Sicklecells!

As the made way into the Hospital, she could remember her mother crying and while dashing in barefooted she was crying, and calling unto the doctor –save my child. The doctor look at her and said “the baby is in crisis again, and she would require urgent transfusion!”.

Saved that day, she was. As she recuperated in the hospital, she remembered the doctor’s words “crises again”, but as she grew up, it began to dawn on her why she couldn’t live a normal life, why she wasn’t allowed to play like her peers and why she was always held so close to her mother’s chest. She had some opportunities to hear people discussed about pains, but she was pains.

The days between happiness and despair for her were few apart. One day she’s all happy and blooming, the next day she was being rushed to the hospital gasping for air. One day she meets a guy who professes all the love to her, the next day, on hearing she’s a sicklecell carrier, she’s left out in the cold. Some days, she felt rejected by God and mankind.

She never liked mosquito nets and she never liked wearing jackets, but she had no choice. She never like the smell of the hospital wards but she often spends weeks in there convalescing.
Now a youth, she relishes every image of her self in the mirror –her beautiful skin, white teeth, wonderful hair and of course an adorable pair of breasts –she is fair to look upon. But those days are always soon replaced by pains. She liked fashion, she loved her girlie stuff but she hated the clots that render her almost powerless immediately.

Did she regret her parents?
Growing up as a little girl, she hated her parents at some point. She felt like an outcast in her own family. What was protection looked to her as being restricted especially seeing her older sister joining in all the community fun activities. On days when the pains got over the board, she wished she was dead or maybe she never existed. She questioned everyone. Hearing she had lost 1 sister to SCD before she was born made things terrifying for her. Till date, she never understand why her parents went ahead to get married despite all the warnings and laboratory results that proved they both were both carriers of the trait.

She was a casualty of ‘unconditional love’, she became a victim of her parents’ faith that of the 25% chance of AS ➕ AS giving birth to SS wasn’t their portion. But here she is, a hand of fate. When she first heard about the word sickle, it was a farm tool, today she understand it’s part of my red blood cell structures. Her parents live life on the edge financially because almost every penny they make go back to footing her hospital bills. Some days she look at them with anger, other days with pity.

Today, Rukky finds strength in the fact that she knows there are over 150000 babies born yearly like her. She finds strength in the fact that Uncle Titus who also suffers from SCD like her is a Pharmacist and big aunty Gloria is a fulfilled Lawyer. She lives everyday knowing it could be her last. She is happy having a loving family and caring friends. She appreciates every voluntary blood donowho has donated a pint of blood to give her and other people like her a chance at survival.

She believes against all odds she would, she would get married someday and have a normal. “My only prayer is for things to work out for good. I have no regrets.”

Rukky hopes all intending couples get tested today. She hopes that unlike her parents, they take a better decision. The pains of going through a ‘crises again’ outweighs every feeling of unconditional love, she tells everyone.

Am glad you stopped by, knowledge is power; always share with your friends.

This site uses Akismet to reduce spam. Learn how your comment data is processed. 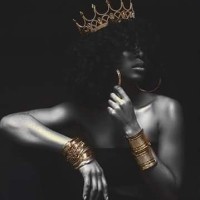 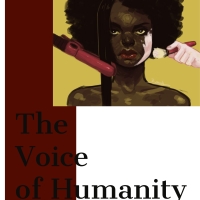 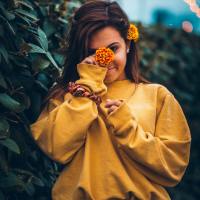 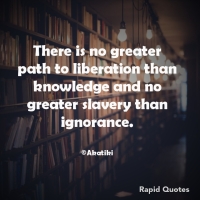